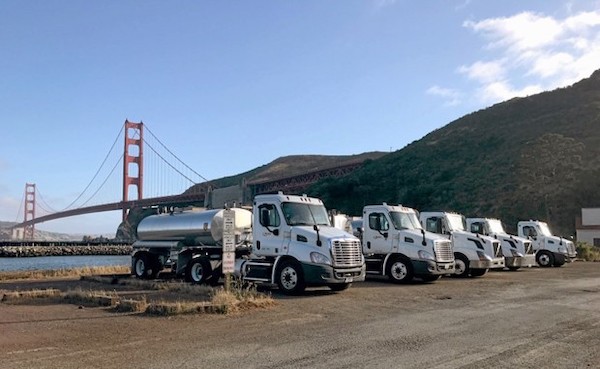 More fish released at Ft. Baker
After advocacy by GGSA, an extra 900,000 hatchery salmon were released at Sausalito's Ft. Baker this year, bringing the total to just under two million.  This should go a long ways towards helping fill the ocean with adult salmon in two years. Early data shows that survival of fish released there is considerably higher than fish released elsewhere in the bay.

Another hoped for improvement implemented this year is to move the releases later in the day, to last light and into darkness. Bird predation drops to virtually nothing in the dark. Coupled with the good rainfall we got this year, 2021 should have good fishing!

Season off to a promising start

Anyone who's fished knows we've got a decent salmon season shaping up based on what we've seen so far in the ocean. After early catches in Monterey Bay, the sport season closed above Pigeon Point for a few weeks in May. When it reopened, the commercial fleet joined in and so did the weather. After weeks of calm during the closure, we saw the late May rains and wind. When it cleared, the SF charter boat fleet found salmon in the shallows off Daly City and Pacifica, and there seemed to be plenty of them. Those fish have since apparently moved north but signs are still good over a wide area. The commercial fleet is working from Morro Bay to Mendocino County and finding some good fishing in multiple locations.

We're reminded that the good numbers we're seeing this year always happen two years after the occasional wet winter. On top of that, improved release practices for hatchery fish and the coastal net pens, with their very high survival rates, are all contributing to the good fishing this year.

GGSA joined allies in going to court to stop the Westlands Water District (yes, those growing on the dry west side of the San Joaquin Valley hundreds of miles to the south) from raising the Shasta Dam so it traps more water. The US Fish and Wildlife Service found that raising the dam would hurt the entire downstream Sacramento River and all of the salmon runs, which forced us to act.

Periodic flood control releases from Shasta, needed to revitalize the river downstream of the dam, would become a thing of the past.   These high flows clear downstream side channels and gravel bars while knocking out invasive vegetation and generally give the river system a booster shot. If the dam is raised, the natural hydrograph of high spring flows, low summer and fall flows, would be further harmed, with more high summer and fall flows and low winter flows.

GGSA provided input to Senate Bill 69, authored by State Senator Scott Weiner intended to help salmon. The bill now calls for state hatcheries to improve the way they keep track of their salmon so the fish could be released from the hatchery earlier in the year. Earlier releases could allow far more of the baby salmon to get down the river and to the Delta and Bay before the river fills with hungry striped bass looking for places to spawn in the spring. When the baby salmon cross paths with the bass, it's often bye bye salmon. Earlier release of the salmon would also allow more to survive the trip to the Delta and bay before the massive valley-wide ag diversions start in the spring. The bill also calls for expansion of coastal net pens since they've proven to be the best way to release hatchery salmon.

The bill successfully cleared the State Senate but its fate in the state Assembly is yet to be seen.

GGSA recently joined allies in providing comments to guide the state in its efforts to legally operate the State Water Project. The state used to have legal coverage for effects of the water project on protected species, including winter and spring run salmon. This coincided with federal coverage to jointly operate the state and federal water projects in California. Then the Trump administration abandoned the federal side of the deal in order to increase water exports from the Delta. Now the state has to create its own legal protections and solicited comments from the engaged public.

So far the state is saying they're only interested in operations of moving state water project water through the Delta. This basically ignores moving water from Lake Oroville down the Feather and then Sacramento rivers to the Delta. We and others have opined the state needs to broaden its review to include how moving this water affects salmon in the Feather River. In addition, since the state and federal water projects share water and conveyance and pumping facilities, we further argue the state needs to consider, and then offset, damage the Trump administration is doing, or will do to the salmon fishery throughout the Central Valley.

Ladies fishing trip next up

GGSA will host two salmon fishing trips for the ladies this summer. The first is set for July 5, the second for August 16. This builds on the wild success of last year's inaugural ladies outing. With good fishing this year no one will be surprised if they're back in early with limits, unless of course they're having too much fun out there. These trips are aimed at getting more women out on the water and in an environment where they can have a great time.
Tickets HERE for July 5 all ladies trip.

The annual San Francisco fundraising dinner went off without a hitch this year at the same SF Fishermen's Wharf seafood warehouse as last year's. GGSA board members Adam Messner and Ted Wilson hit it out of the park again with the event that featured some creative and delicious seafood dishes from seven of the area's top chefs.

If you haven't renewed your membership, or would like to make a donation, please consider doing so now at http://www.goldengatesalmon.org/join/ 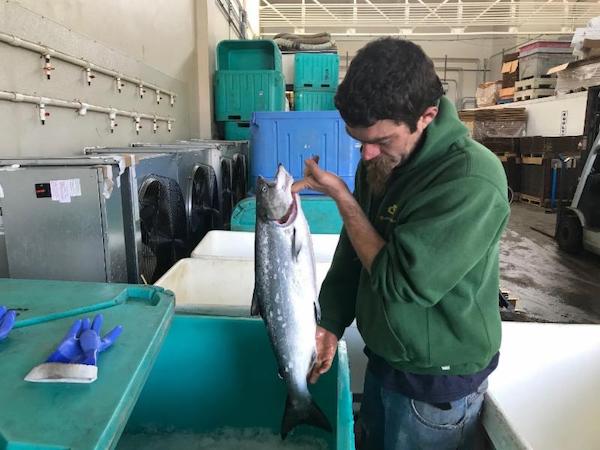 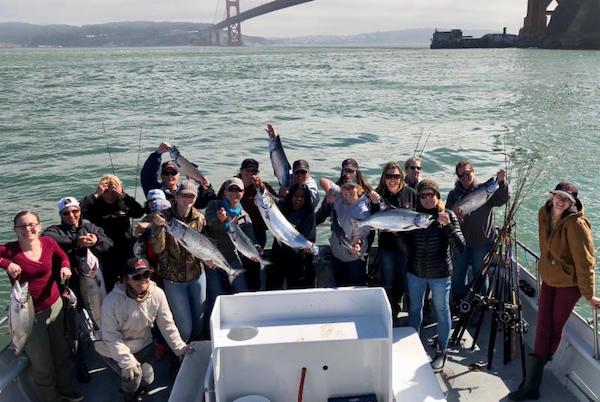 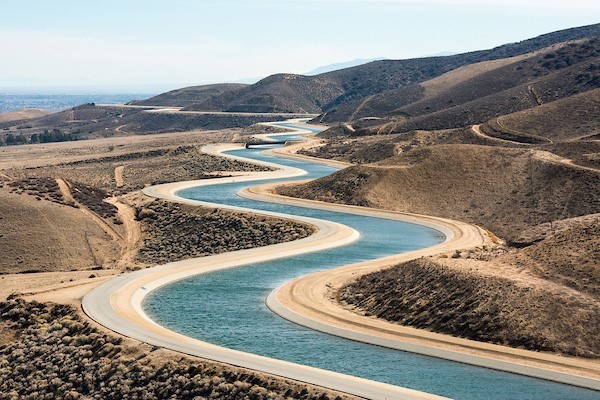 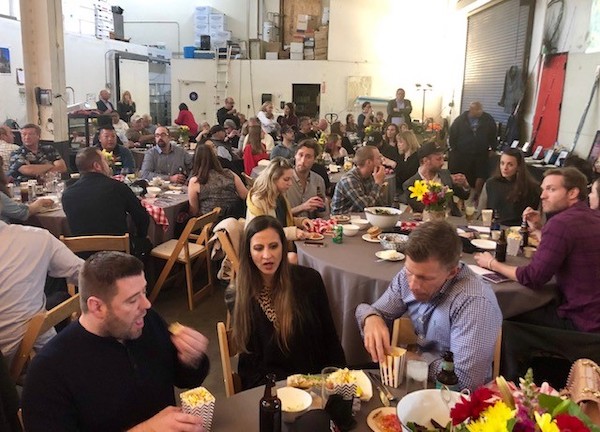 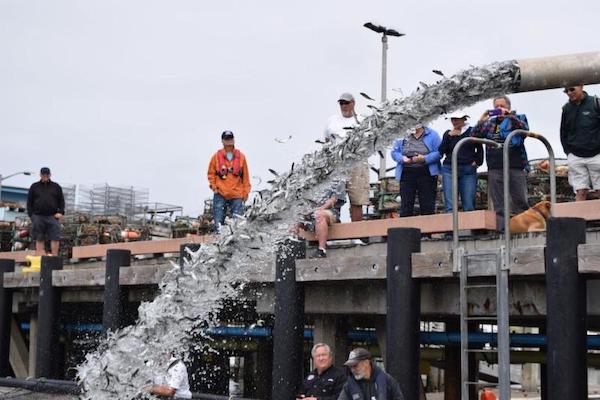 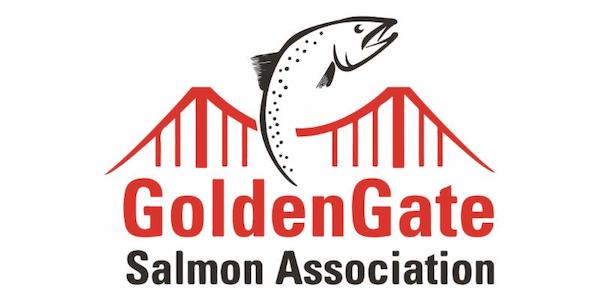 5-12-2019
Golden Gate changing to Golden State We recently decided to change the name of the organization to the Golden State Salmon...... Read More