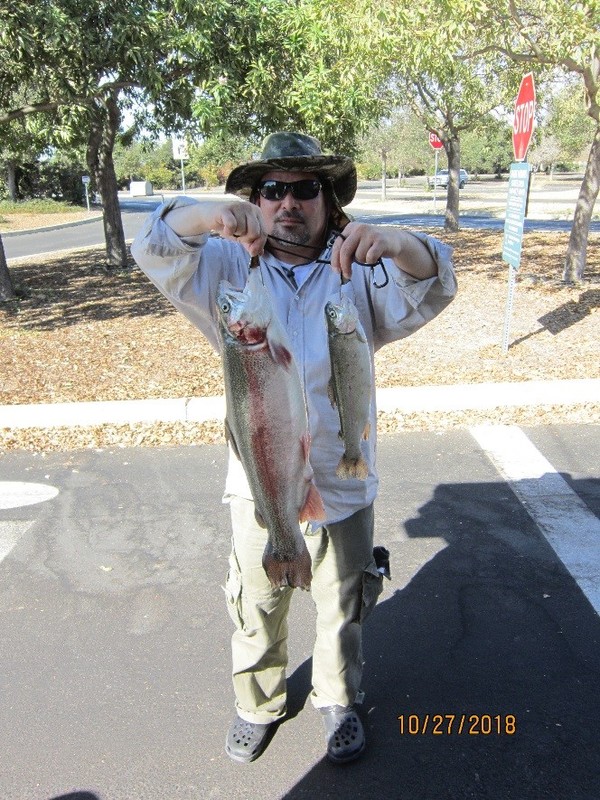 If the kiosk is closed, please use the yellow Ventek machine to pay for parking (exact change only, please). For fishing permits, you may use either the Ventek machine or the blue iron ranger posts across from the kiosk, from the entrance from the Isherwood Staging Area, and from the walk-through gates by the Sequoia Bridge and from the Niles gate.

PLEASE REMEMBER THAT YOU MUST BE 100 FEET AWAY FROM THE FISH TUBE, THE BOAT DOCK, AND THE BEACH AREA while fishing from the shore and from a boat. Also, note that the use of lead fishing tackle is prohibited at Quarry Lakes. You can exchange lead tackle at the kiosk in a “1 for 1” trade for stainless steel weights.

It’s TROUT SEASON!!! We have received 2,950 pounds of trout this month and they are being caught all over Horseshoe Lake, but mostly from Fishermen’s Row!!!

On October 14th, Patrick M. of Fremont caught a six-pound and a seven-pound catfish and a three-and-a-half-pound largemouth bass in Rainbow Lake!!! Patrick was using night crawlers.

On October 20th, self-proclaimed “Sexy Dexy” Miguel of Union City caught three trout using an SR-7 Salmon Rapala! He was fishing from his kayak by the Peninsula.

Also on October 20th, Kou T. of San Jose caught an 18-inch, 2.78-pound trout using a Kastmaster. He was fishing along Fishermen’s Row.

On October 21st, “Sexy Dexy” returned and caught two trout and a one-pound bass trolling from his kayak between the Peninsula and the old boat ramp. This time, he was using “Big-O” lures. Nick P. of Hayward caught his limit of trout for a total weight of 16 ½ pounds! He was using Powerbait and said he was fishing from the Peninsula Point.

On October 22nd, Nick P. of Hayward returned and caught another limit of trout, this time using rainbow Powerbait from the Peninsula Point.

On October 27th, “Sexy Dexy” caught a seven-pound, six-ounce trout and a smaller trout using a Cordell fire-tiger lure. He was trolling in front of Fishermen’s Row. Loc T. of San Jose caught his limit of trout, the largest of which weighed seven pounds! He was using green Powerbait and was fishing along Fishermen’s Row.

On October 28th, Israel P. of San Jose caught an eight-pound trout using green garlic Powerbait! He was fishing along Fishermen’s Row. “Sexy Dexy” caught three nice-sized fish using a Big-O Cordell lure and a crawdad pattern Cordell lure. The two smaller trout weighed 2.14 and 2.62 pounds and the big one was “too big.” He was fishing from his kayak from the backside of Horseshoe Lake.

If you want to report your catches, or have your photo taken, please come to the kiosk, and we will take your information! 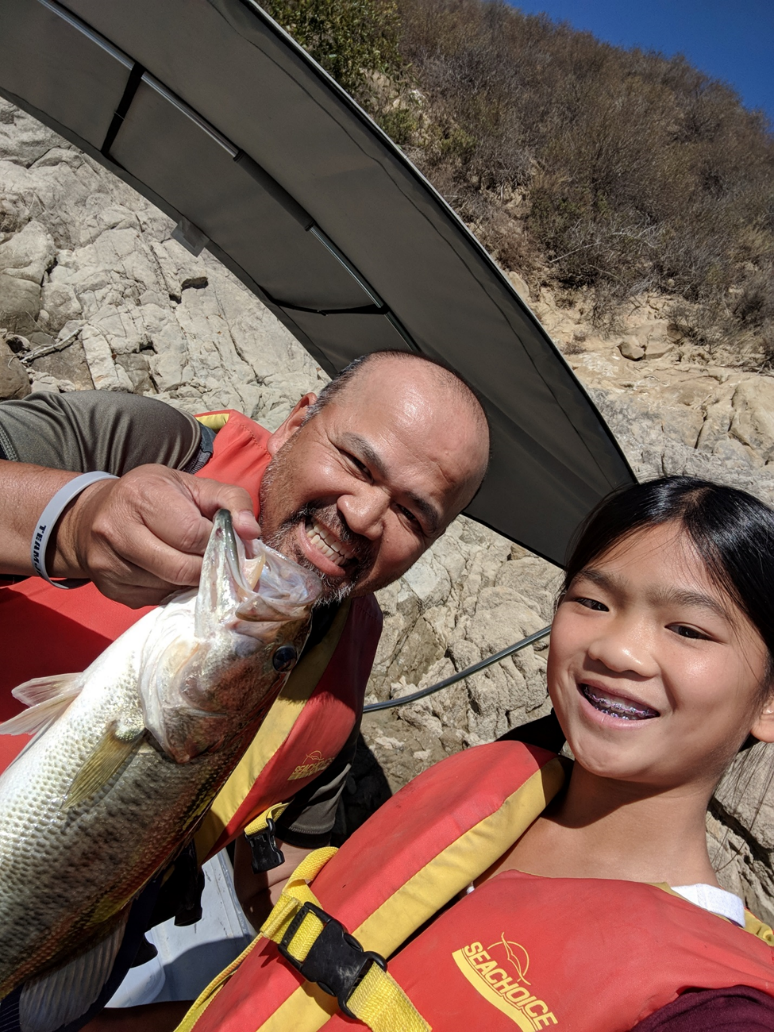 Del Valle Lake
10-28-2018
The water temperature has been in the lower 60's dipping as low as 60 or even 59 in the early mornings. The Bass bite is still the highlight of the week with many anglers hooking into smallmouth working their lures on the bottom small and slim senkos are working well, also kastmasters and other shad imitations like smaller swimbaits. The largemouth are hitting on the rubber worms as well they are also hitting fork tailed swimbaits on the top, slow...... Read More