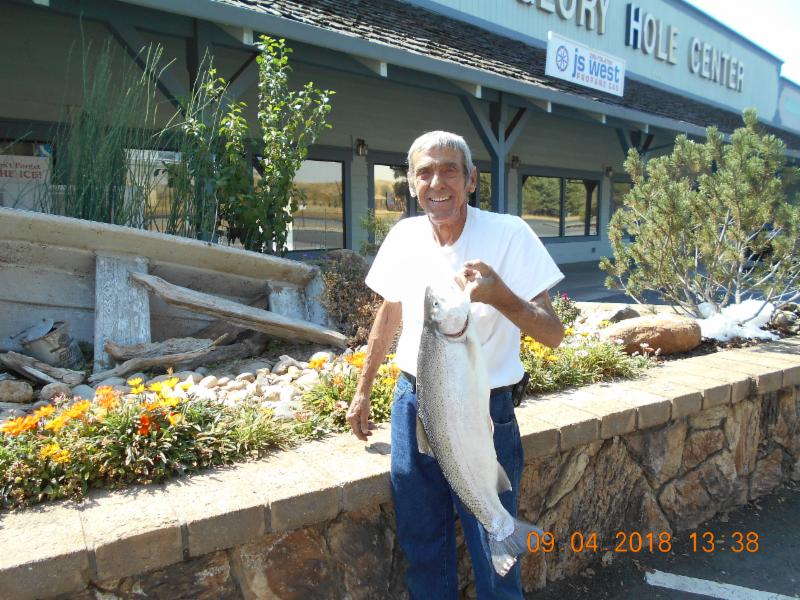 We like to promote catch and release on New Melones. If you do so, provide us a picture and bring it in for a copy or email it to us at [email protected] so we can put it on the board or in the newsletter.

The large Melones trout that we have been seeing for the last 18 months are beginning to appear after a couple month lull. Trout bite is not off the charts but when you can land a 7lb. 5 oz. Rainbow as Ron Chaney did on 9/04 your having something to brag about.

Anglers who have caught Koks have reported the males are beginning to show the hooked jaw characteristic that comes on during their third summers end. Pretty much done for the season.

Brendon McCloskey sent us this nice pic of him on the lake bass fishing.

Sign-ups are going on for the annual Glory Hole Sports Catfish Contest which begins on Oct. 1. New this year we have added the "BIG Cat Pot", first 12+lb brought in wins the pot!! We are filling up quickly with only 30 spots remaining. Ms. Macie Cranford of Plymouth showed us what could be in store for those in the contest this year (Picture at top of report). She hauled in her BIG Cat whopper over by the spillway, but declined to say what her bait of choice was for bringing this cat aboard.

Not a whole lot of chatter on the Crappie bite, they are still being caught near the marina cove using pearl and other paddle tail, straight tail minnows in different colors. We also have live minnows available which is a popular choice of bait. 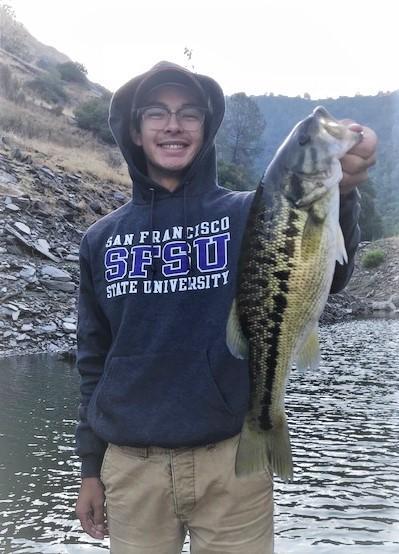 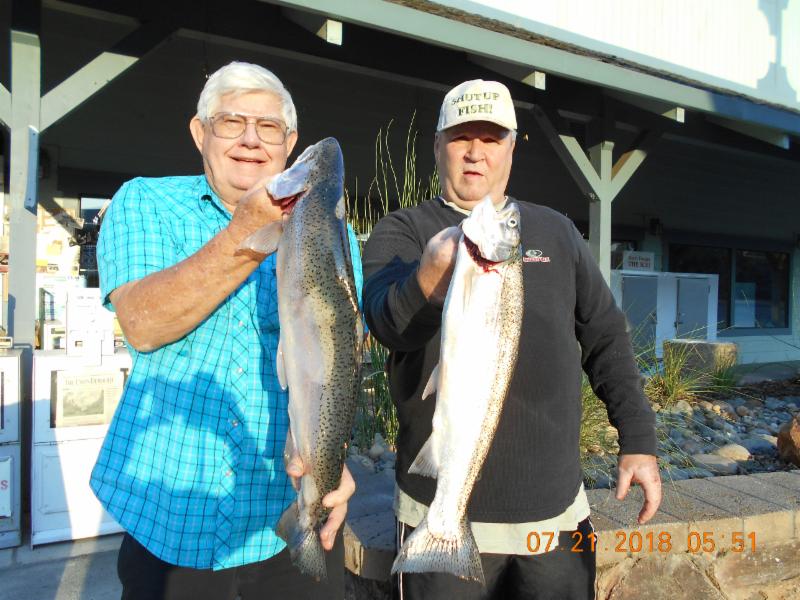