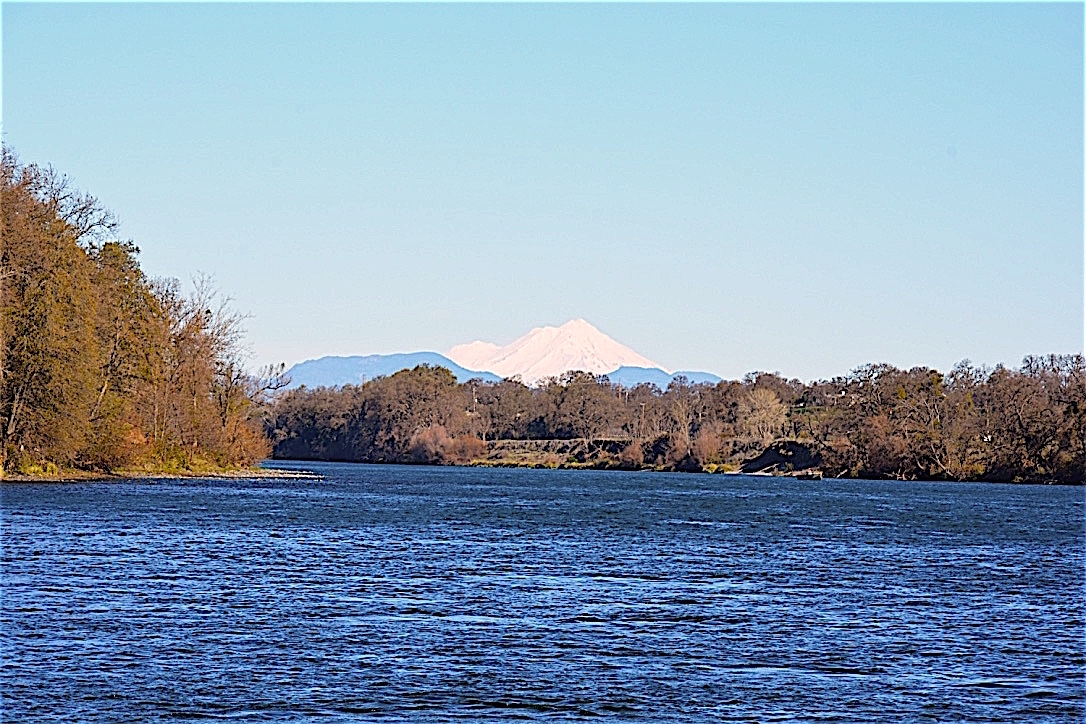 The Sacramento River is a wild and wonderful place to be on a chilly fall day. Mount Shasta rises in the background.

Last Monday, thanks to my pal Mike Bogue, a chap who has been guiding full time on the Sacramento River for 26 years, I got the chance to ride along in his 23-foot North River Scout, powered by a 250 horse Yamaha outboard on a salmon fishing expedition.  We launched at the Ball’s Ferry ramp at around 6:30 a.m. and tried to keep from freezing in the crisp, windy air as we zipped downstream to the famous Barge Hole, where we hoped to find a fresh late fall run Chinook (king) salmon or two.

While Bogue fished as recently as the day before, when his clients caught three fish, I hadn’t been on the river in the fall for several years, and I definitely missed the experience.  When Bogue called a week before to say that he had a free day, and would I like to get some salmon for the freezer I thought his offer over for two seconds and said, “Yes!”

Shortly after daybreak our T-55 Flatfish, adorned with fillets of sardine tied on with thread, were wobbling, we hoped enticingly, just off the bottom.  To keep them deep enough there were round four-ounce lead weights on droppers a few feet up the line from the lures.  The idea was to lift the weight with the rod and allow the lure to move a foot or two downstream before the weight touched the bottom again.

I hate to say this, but back trolling lures that way can get to be boring.  If nothing happens for a length of time an angler may become complacent and not pay attention.  Happily, that wasn’t the case with us, not that it hasn’t happened before mind you.

Fishing at this time of the year ranges from whoopee to so-so. Late fall salmon can be numerous one day and scarce the next.  Don’t get me wrong, the fishing is always good—it’s the catching that is slow at times.

The highlights of our morning came before the sun rose above the cottonwood trees on the east side of the river.  One second Bogue and I were solving the state’s environmental problems, and the next he was on his feet and reeling like mad.

After a minute or two the jack salmon (a precocious male that migrated to the spawning grounds a year too soon) was in the net.  Soon after that we were back trolling through another part of the run, and things were very quiet save for the muttering of the small trolling motor and the haunting, wild sounds of geese flying overhead.  I contemplated reaching for my thermos and pouring a cup of black coffee.  It’s a good thing I didn’t.

When I least expected it the 7-1/2-foot rod bucked in my hands and it wasn’t the throb of the big lure that caused it.  I jumped up, pulled back, half expecting to be snagged on the bottom when the bottom moved.  It was a fish, and not a small one.

“Way to go Higley,” Bogue grinned. “That’s what we came here for.”

Indeed, it was.  It’s been a long time since I felt the power of a fish big enough to make me think it might break off.  I didn’t need to worry though.  The line was 50-pound test P-Line braid and the leader was 40-pound test flourocarbon.  If the fish got off it would be because I gave it slack and the lure came loose, not because the line broke.

I held on with both hands as the salmon stripped line in short run against the drag.  Gaining line between runs, we saw color through the murky water and gradually the fish came to the top whereby Bogue lunged with the long handled net and brought it aboard. Okay, I won’t bore you with our celebration after the fact, or how cold it was when the wind whistled down the river, or the fish cleaning process.  I will say, however, that the fish was a buck that measured 37 inches and weighed just shy of 30 pounds.  Not the biggest salmon in the river, perhaps, but a giant in my eyes.

“I have to do this more often,” I said, as Mike stowed the rods for our return trip upriver.

“We’ll try to make that happen,” Mike grinned.  “You old guys need to have a little fun once in awhile.”

The salmon season ends on December 16, but there’s always next year to plan for.  To get in touch with Mike Bogue call (530) 246-8457 or check his site: mikebogue.com If you’re in to river fishing, you’ll be glad you did.


Author and writer John Higley is a resident of Palo Cedro. His articles have appeared in outdoor magazines hundreds of times and his columns appear regularly at myoutdoorbuddy.com. Higley has written four books the latest of which “Successful Turkey Hunting” was published in May, 2014 by Skyhorse Publishing in New York. This hard cover, full color book is being sold at Barnes and Noble Book Stores and on Amazon. Autographed copies are available direct from John Higley, P.O. Box 120, Palo Cedro, CA 96073. Cost is $28.95 postage paid. 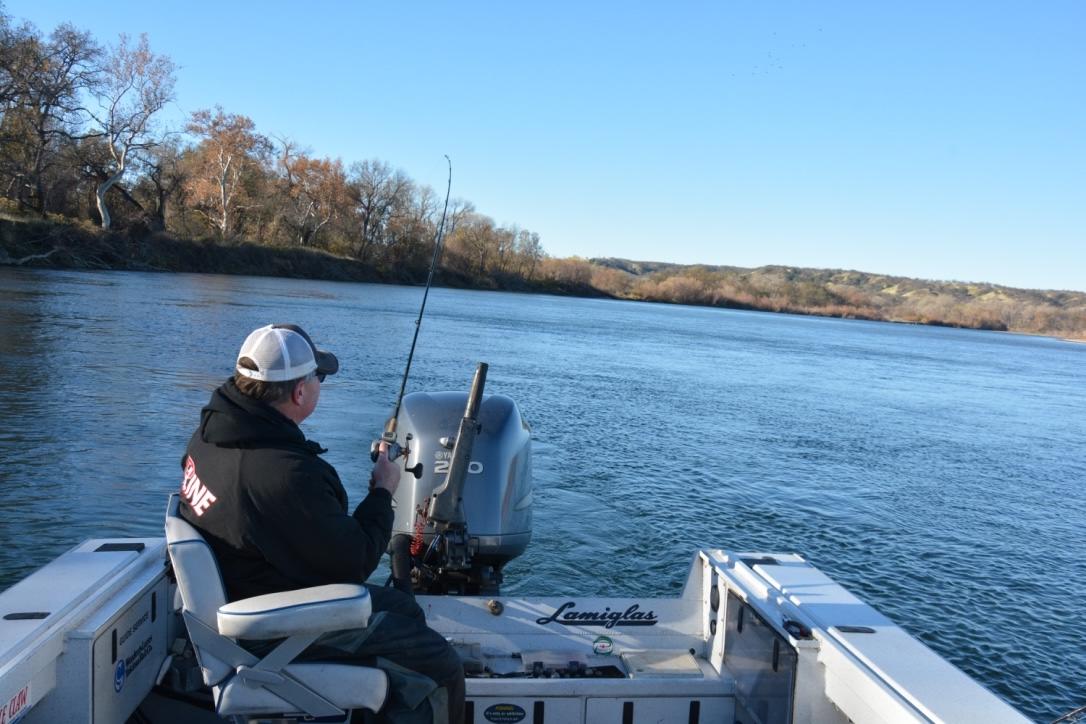 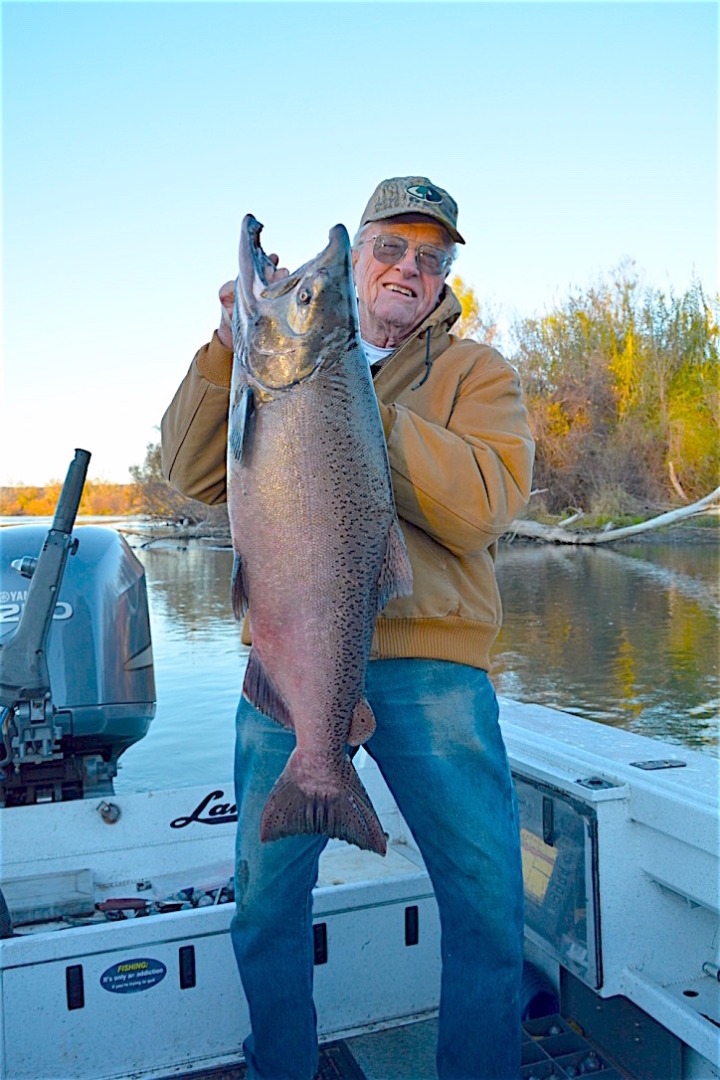 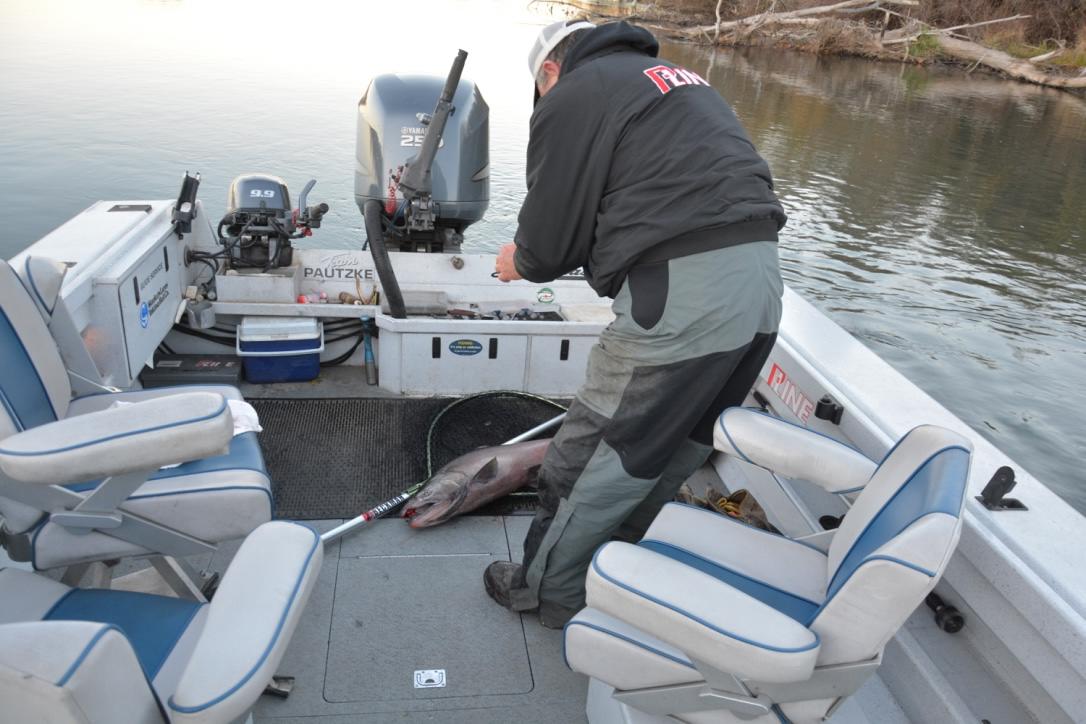 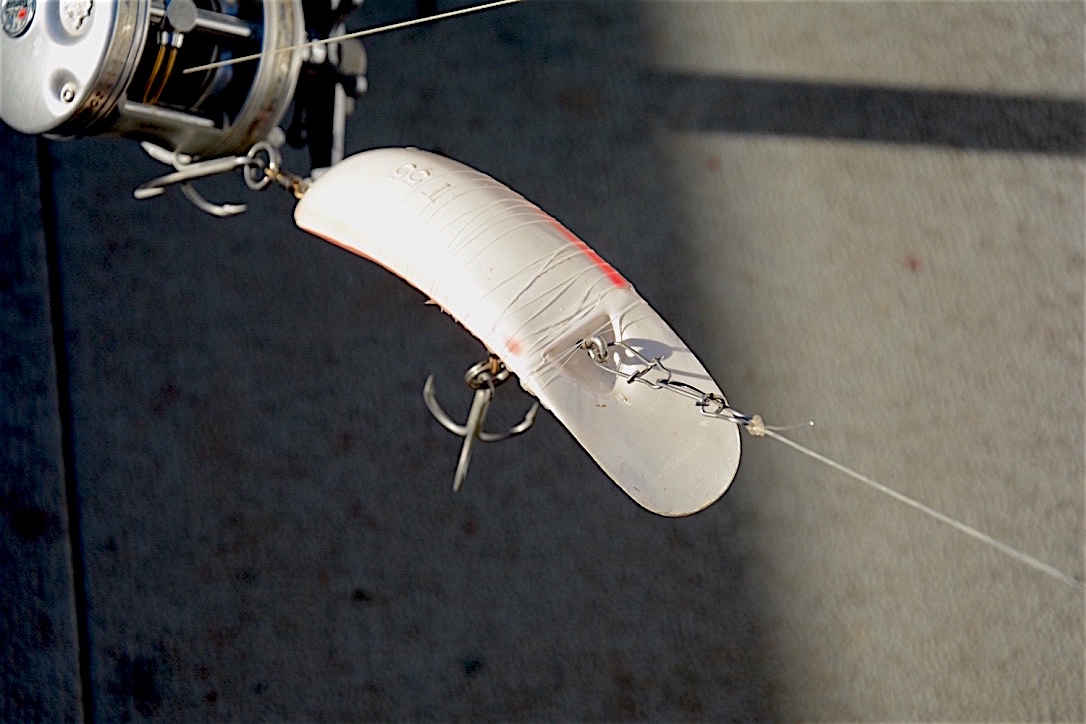 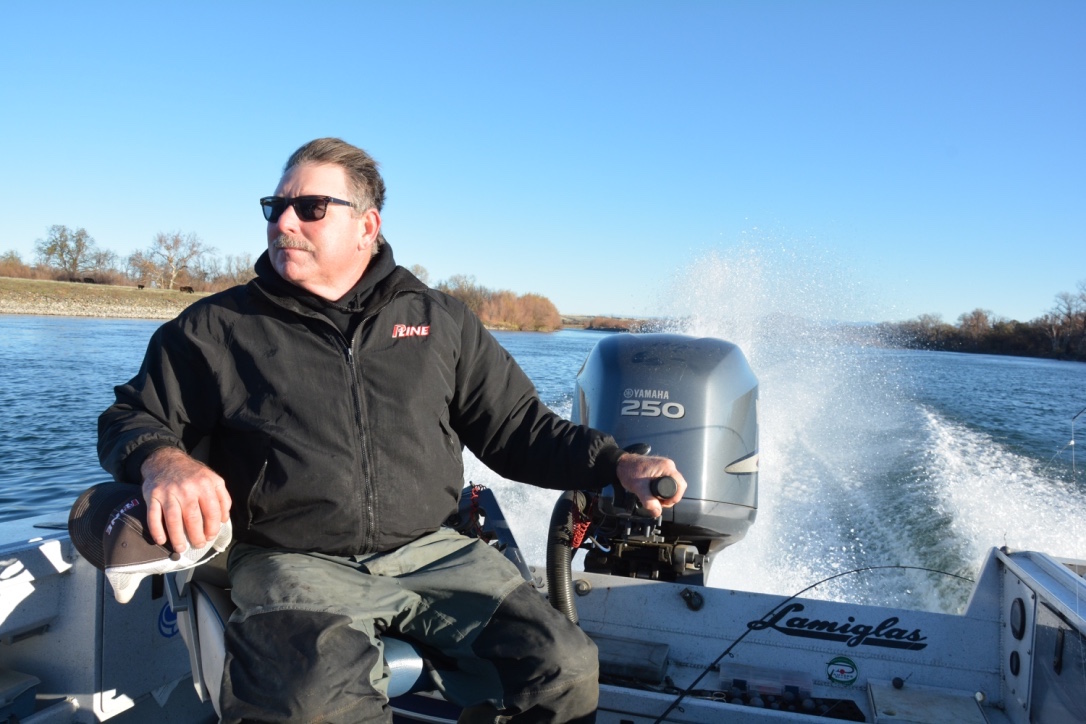 Be Prepared and Survive the Elements 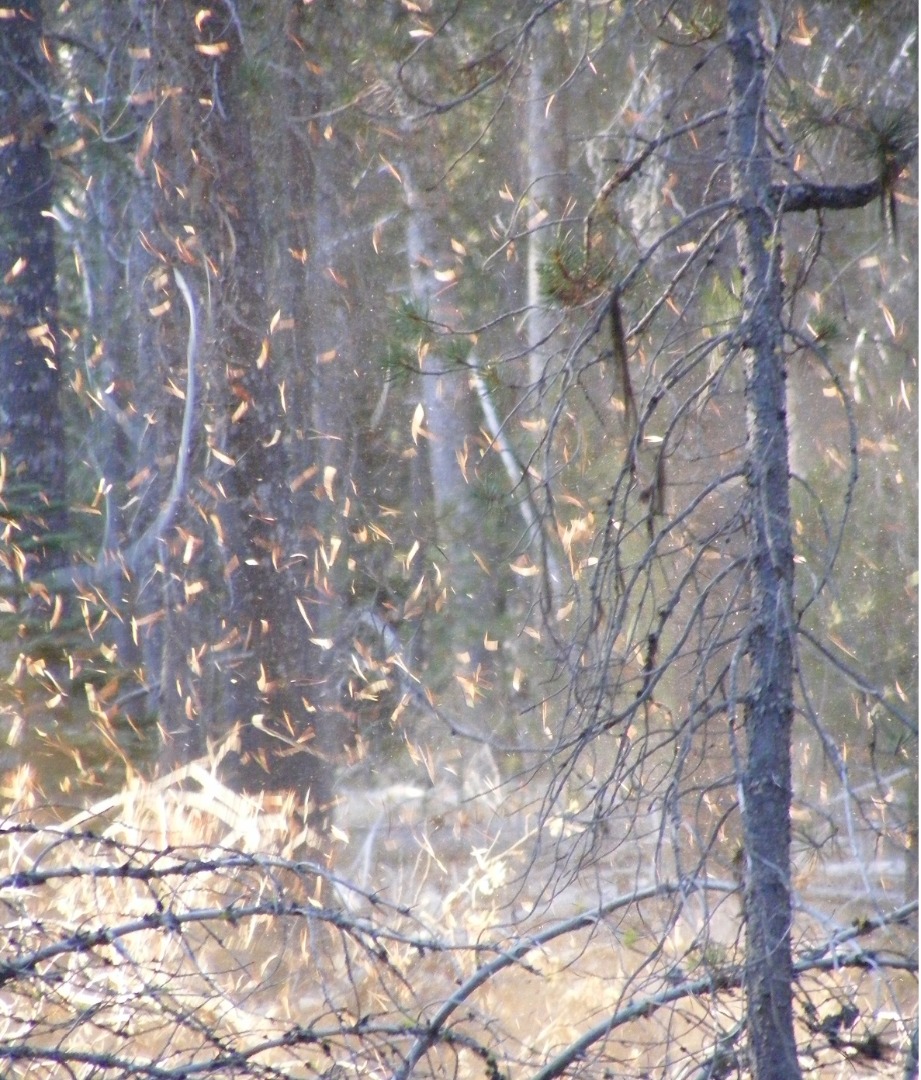 In Response to: "Feral Horses and Burrows: When to Say When"