Trolling for trout on Shasta Lake 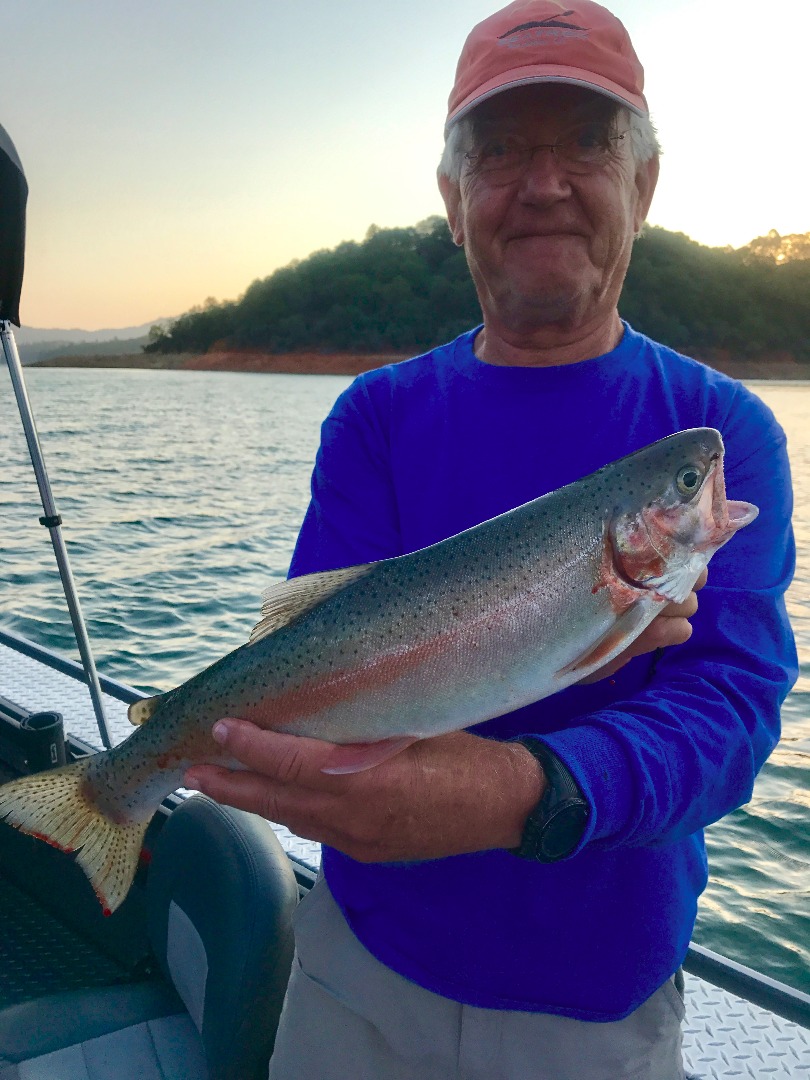 It's no secret that Shasta Lake holds some of the biggest populations of rainbow trout in Northern California.  Not only are the trout populations abundant, but the average size of these feisty rainbows is above average for any lake in this part of the state.  Shasta Lake provides ample habitat and a food source for wild populations of trout and the tributaries continue to support natural spawning habitat which undoubtedly contributes to the health of this fishery.  Those factors alone would keep the population of trout in Shasta Lake healthy, but the populations are also augmented by annual plants of hatchery trout that number in the thousands.

Now, Shasta Lake is no small body of water and with its 365 miles of shoreline, it is understandable that a lot of anglers find this body of water to be intimidating.  Every year I fish clients who book trips with me just to get some idea of where to begin when it comes to fishing Shasta Lake for trout. I'm happy to report that most of my clients that spend a day or two on Shasta Lake with me often find success on their own after applying the techniques they learn during their day of fishing with me when fishing Shasta Lake.  It is a big body of water, but finding success on Shasta Lake, especially during the summer months, does not have to be an overwhelming experience.

Shasta Lake can be broken down into 4 main sections.  Those four sections contain the main body, the Sac Arm, Pit Arm, and McCloud Arm.  When I talk to anglers about fishing Shasta, I tell them to start with one section and learn it intimately.  Forget about the rest of the lake until you can consistently find success where you start your Shasta Lake fishing education.  There's no need to chase fishing reports or run to the spot a buddy caught fish one day.  It's just too big of a lake to do such things and you'll stunt your Shasta Lake fishing growth.  The truth is, every part of Shasta will produce some good fish, you just have to know how and where to fish that section of the lake on any given day.  Once you become familiar with a section and learn the terrain and the feeding habits of the fish that live there, you will become more and more successful fishing that section of the lake.

The very most important piece of your fishing success on Shasta Lake will undoubtedly come down to your ability to determine how deep to set your presentations.  This can be kind of tricky, but with some good sonar equipment, you will be well on your way to finding the fish.  Something you must adhere to is the fact that the Shasta Lake rainbows are going to have a depth that they will consistently bite at.  More importantly, you must understand that this depth range will change throughout the year.  As water temperatures rise and fall, so will the rainbow trout.  In the spring, the trout are typically found in the top 20' feet of the water column, but as summer arrives and surface water temps increase, the trout will go deeper into the lake along with the cooler water.  If you really want to increase your fish catching abilities in Shasta Lake, buy a Fish Hawk water temperature sensor.  These handy little devices are the very best way to determine water temperature at different depths.  You simply attach the Fish Hawk to your down rigger ball and send it down to the maximum depth you think you will be fishing.  The device will measure and record water temp every 5' feet on the way down.  When you bring the device back to the surface, you simply scroll through the depth readings and note the corresponding water temps.  Trout and salmon will favor 48-54 degrees.  Now that just saved you a lot of time finding the cool water these fish will hang out in.

Now that you have found the optimal water temps in the lake, you must determine what depth these fish will be active in.  I will typically start above the depth with the cold water and stagger my downrigger depths until I find some biters.  Let's say for example I have lines down at 45', 50', 55', and 60'.  I know the water temps are favorable in those depths because I sent down my Fish Hawk to record this temps.  I've got my sonar dialed in and I'm seeing fish throughout that water column that may be biters.  Now I'm running my presentations through those areas to see which one gets the attention.  So lets say for example that my 45' rod and my 50' rod gets bit.  Well that's great and now the 55'-60' lines are coming up!  You've found the fish and you've found the depth that they will take your offerings.  Chances are, you've nailed it and very little is going to get in the way of your success for the morning.  The only thing to consider now is, at some point in the day, the light penetration may push these same fish down a bit and that adjustment should always be considered.

The trout will undoubtedly move around throughout the day due to fishing pressure or to follow their for source.  If you are fishing an area and things just drop off for you, push into deeper water, push into shallower water, or even look for some structure along the bank or out on a big point.  Chances are, you'll find some trout again that are ready to eat what you have for them.  I rarely need to travel far when I fish for Shasta Lake trout, but I do have to travel throughout the day.  It's just how these fish work.  I won't go into any great detail about what kind of baits, dodgers, flashers, or hardware to use because there are just too many things that will work to catch these fish.  When I recommend trolling gear to people, I just say a few things.  Use something to attract these fish, like a dodger or a flasher and make sure it has some sort of UV finish or tape on it, especially when trolling deep.  When selecting a spoon or a soft bait like a hoochie skirt, consider that the bait (shad/smelt) these trout are feeding on usually are found in the 1.5"-2.0" range. You can't go wrong with baits or hardware in that size range.  That's not to say the trout won't go after a bigger bait like a Trinidad Optimizer spoon, its just a good high percentage size to start with.  Trolling speeds vary with trout and often times it's the type of gear you are trolling that determines how fast or slow you troll.  Trout like a variety of speeds so match your trolling speed to your gear and you'll do fine.

I hope some of the things I've mentioned in this short article will help with providing a starting point for anglers out there who have wanted to tackle fishing for Shasta Lake trout, but have found it to be a bit overwhelming to consider.  Take some or all of these tactics I've mentioned here and give them a try.  I think the basics are covered here and if you can apply them, you will be well on your way to finding success when fishing Shasta Lake for big rainbow trout.  Thanks for taking the time to read this piece I've written and good luck out on the water! 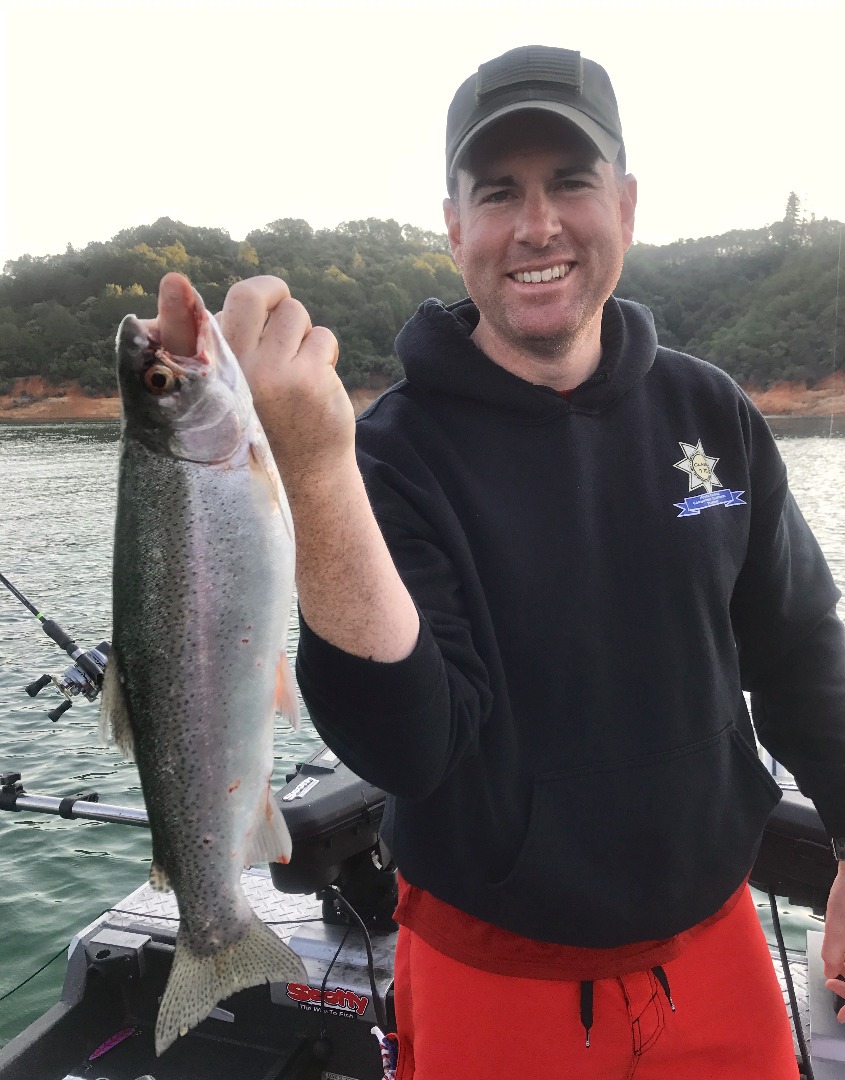 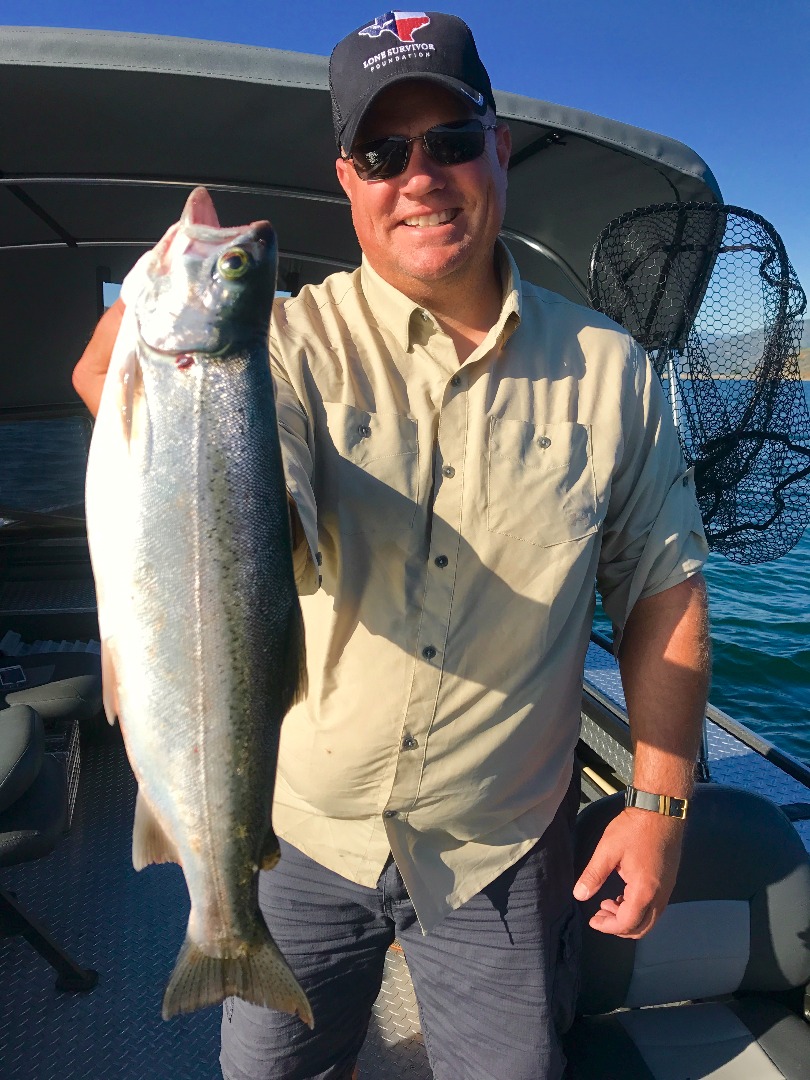 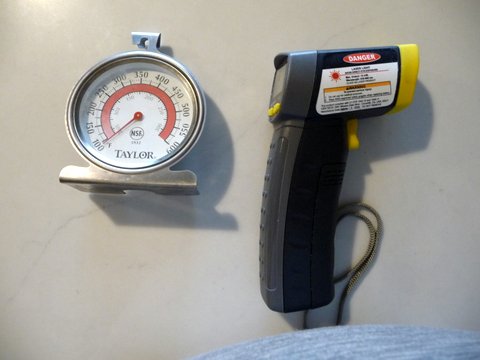 8-2-2017
There are many stories in the news today about tragedies that occur when children and pets are left in cars...... Read More

He Tried a Hollywood Stunt

7-30-2017
Hollywood; a question was discussed several decades ago on TV and in the newspapers. Does Hollywood influence life or does...... Read More