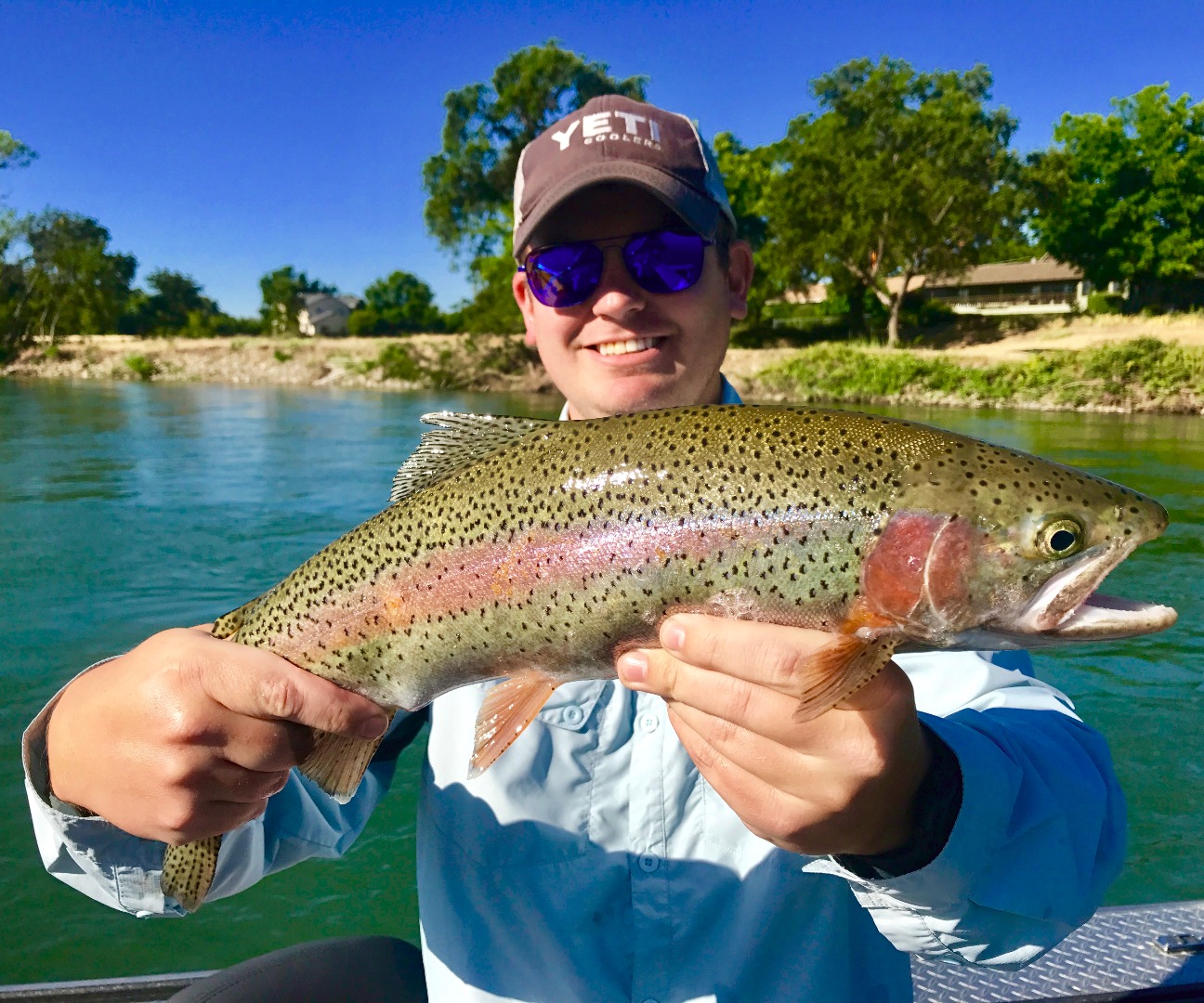 Rainbow Trout
A client pictured with one of his Sacramento River rainbow trout before release. Photos courtesy of Jeff Goodwin's Guide Service.

Here we are in mid July and I think we are finally starting to see consistent fishing just about everywhere here in the Redding area.  I've been watching my clients catch limits on just about every trip I've had this past week and into the weekend.  I fished Shasta and Whiskeytown Lakes and also spent a day on the Sacramento River in Redding chasing wild rainbows. It's been just over a week since my last Trinity Lake trip which was also very productive.

Shasta Lake
Shasta Lake has been producing limits of rainbow trout for my clients, with the occasional King salmon thrown into the mix.  I've had the best fishing in the early morning hours and have been trolling at 45'-55' feet to get the most bites.  UV dodgers and small spoons have been very productive, but you do have to pay attention to what colors are getting the most attention.  Never fish the same lures all day, you'll be cheating yourself of a few more fish in the cooler.  Shasta trout change their minds about what baits they will take throughout the day.  Keep showing them your tackle box and they'll stay interested in what you are showing them.

Whiskeytown Lake
Whiskeytown Lake has been hot and cold all summer, especially for the anglers who fish it like they did last year.  You can't just drop something down and have it inhaled this year like you could last year.  This year's water conditions are unstable.  The Kokanee are turning on and off so you have to keep them interested as well.  Pay attention to the depth you get your bites, what color they bit, what your boat speed was and even which direction you were trolling when you got your bites.  All of those things are important and when you pay attention, you are going to get bites. The Kokanee are biting for me anywhere from 53'-55' feet.  You can't spread your depths too far apart.  If you do, you might as well just take the rods that are too far from the 55' range and put them back in the boat.

Trinity Lake
Trinity Lake is fishing very good as well, especially for Kokanee salmon.  I'm finding the same practices mentioned above to be a good tactic for Trinity also.  I've concentrated most of my efforts around the dam and up into the Papoose Arm.  I will say that there are fish between the Fairview boat launch and the dam too.  We hooked three fish on my last trip just trolling back to the launch at the end of the day.  50'-55' of water has been good for the Kokanee and the occasional King salmon. Change up your baits, but fish a pink pattern on Trinity, it's caught fish for me every trip so far this season.

Sacramento River
My only trip for Sacramento River wild trout was a success last week and we had a great time fishing from SR 44 down to S. Bonnyview.  My clients landed over 20 trout, some of which were in the 20" inch range.  We drifted 50/50 Dick Nite Spoons all day and we caught all of our fish on them. I broke out the plug rods one time to work a small drift, but never found any takers.  We had our best bite after the sun hit the river and later in the morning.  We caught a lot of smaller trout at first because of the big moon, but made up for the smaller fish towards the end of the day. Its well worth a trip out right now, but its just a teaser trip until the whole river opens above SR 44 on August 1st. 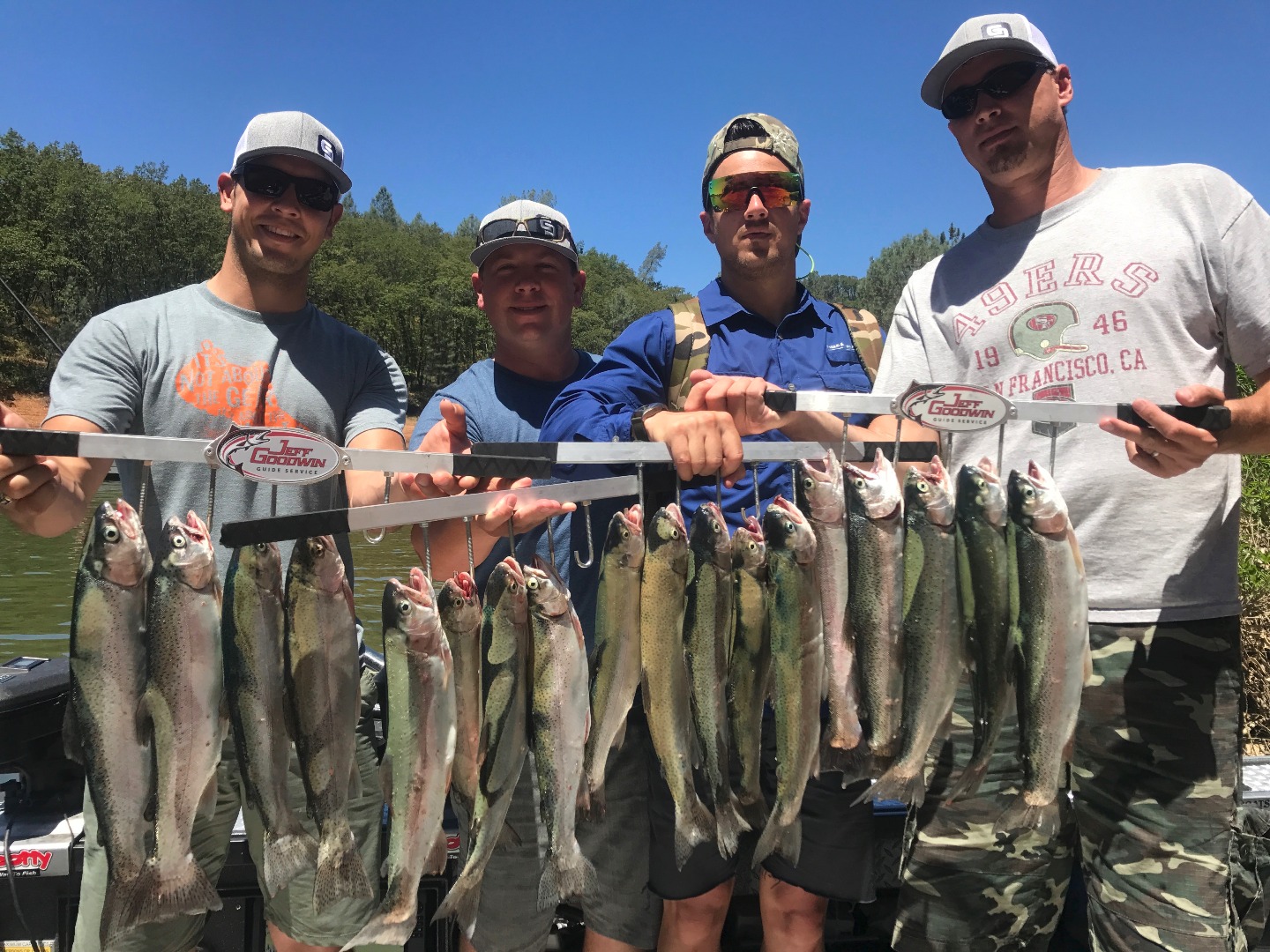 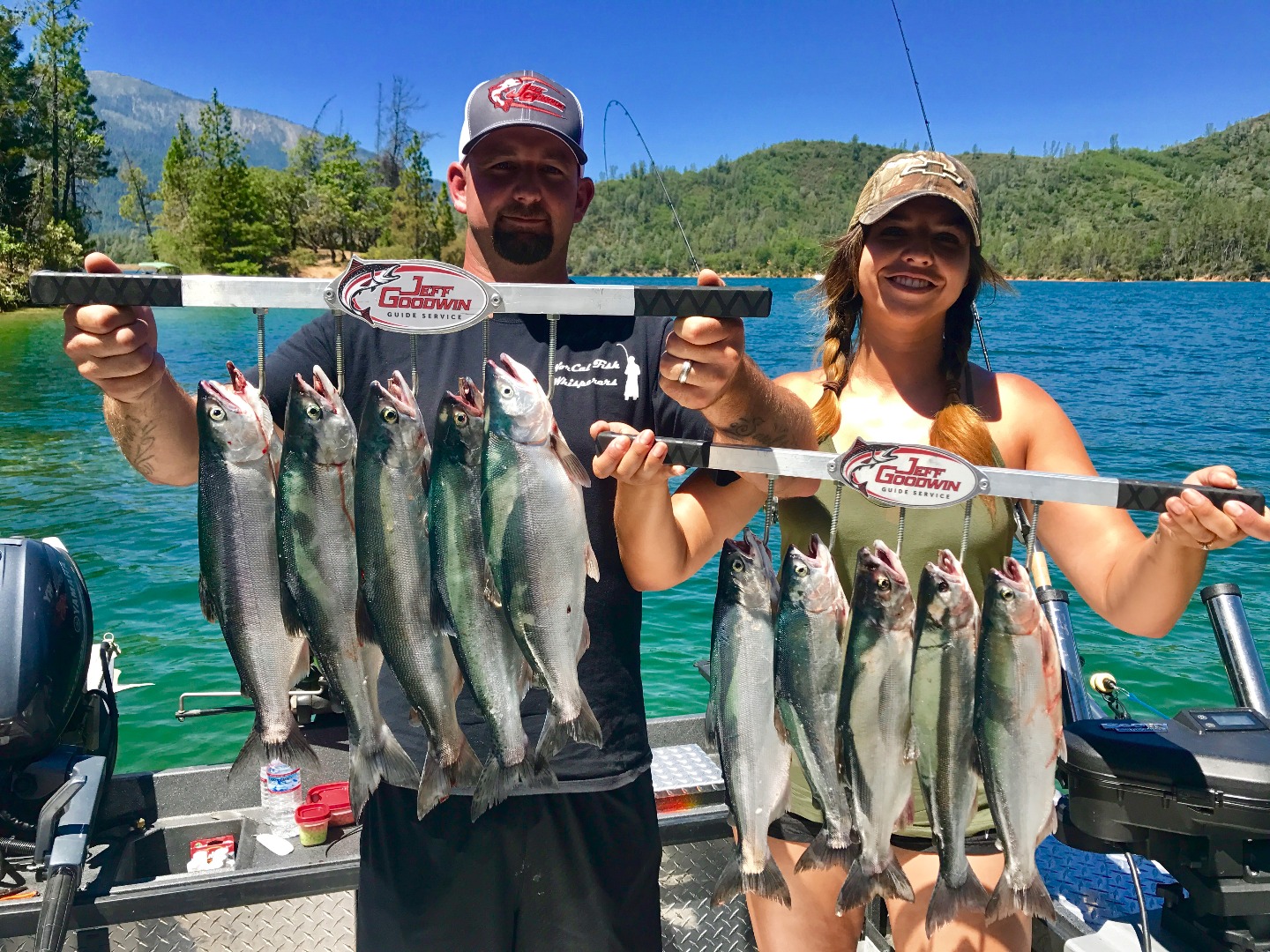 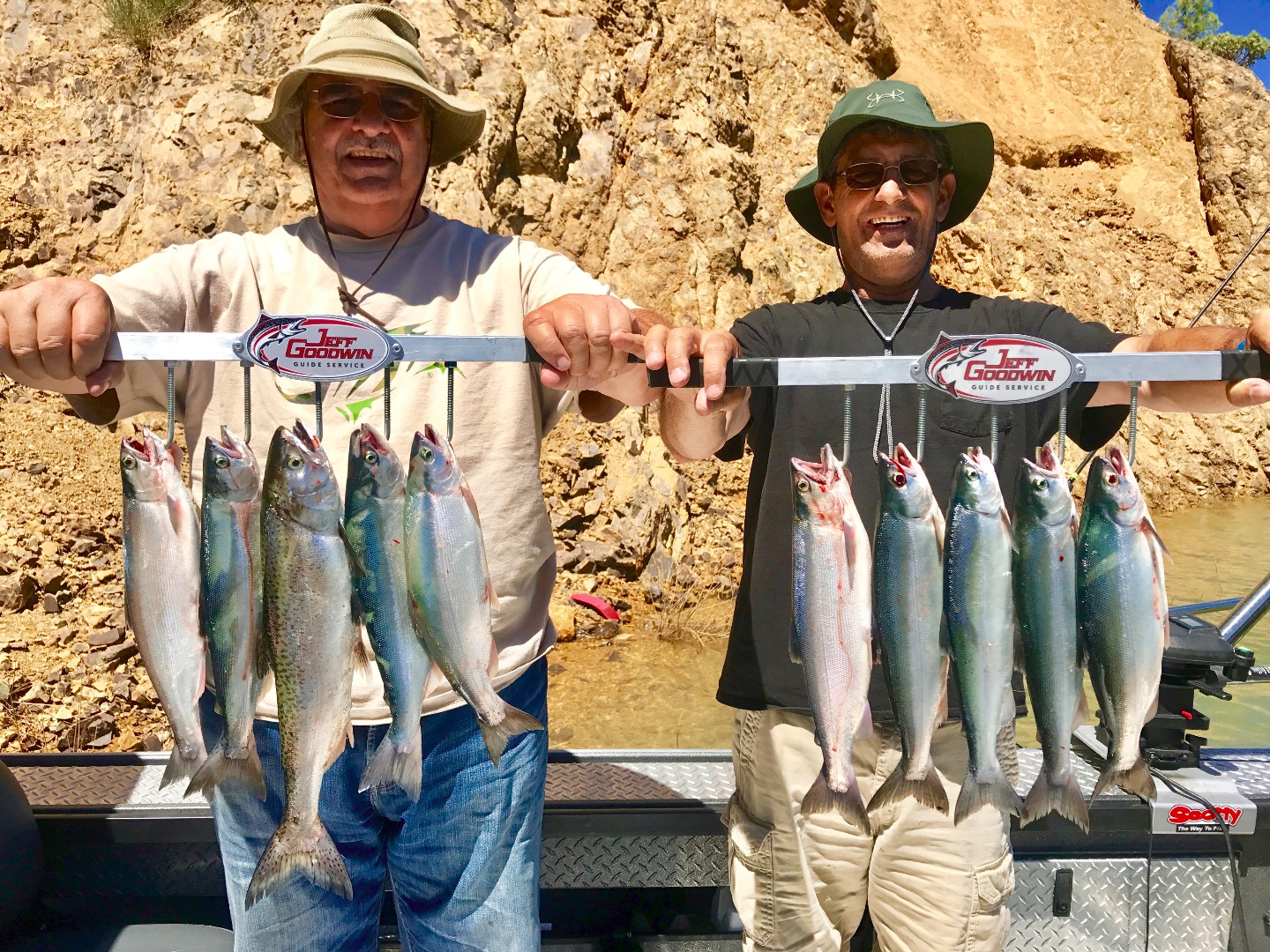 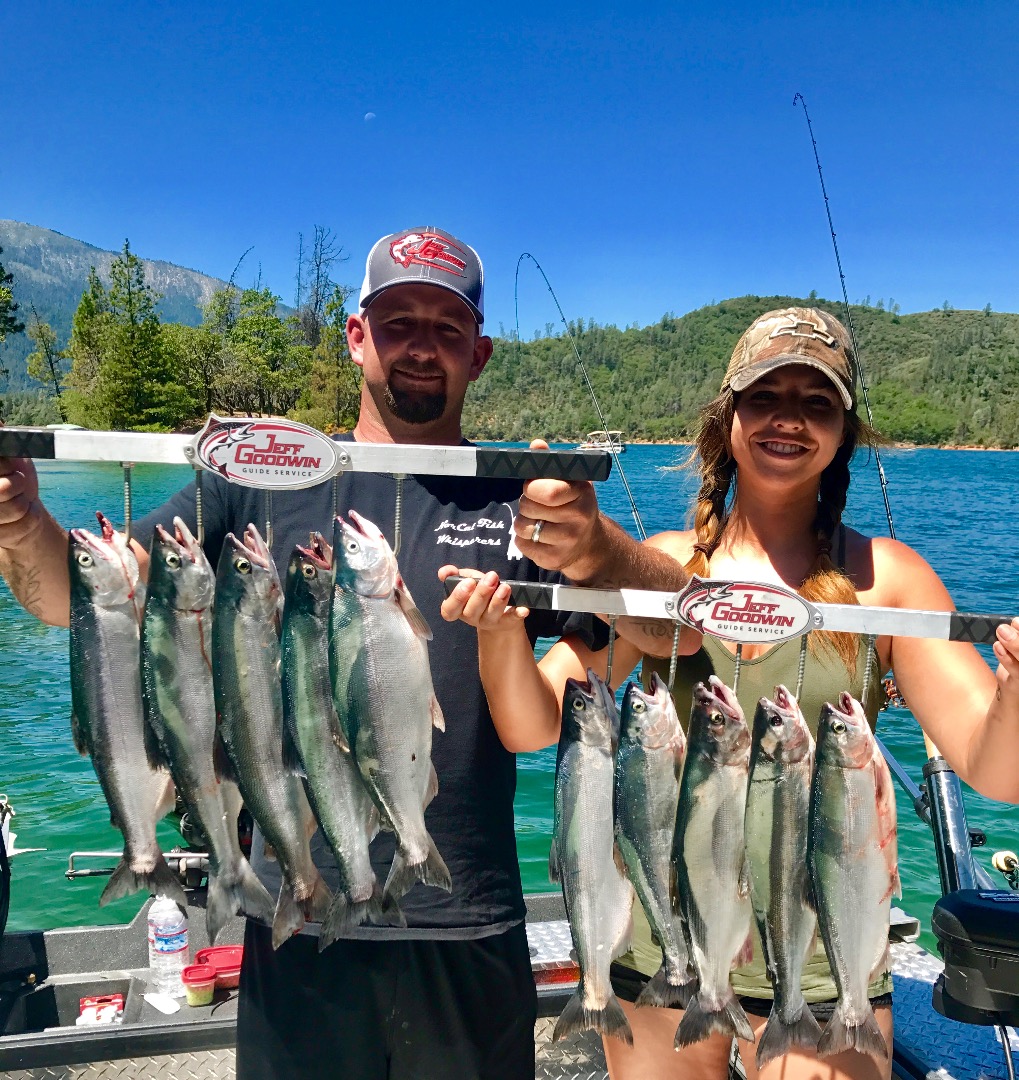 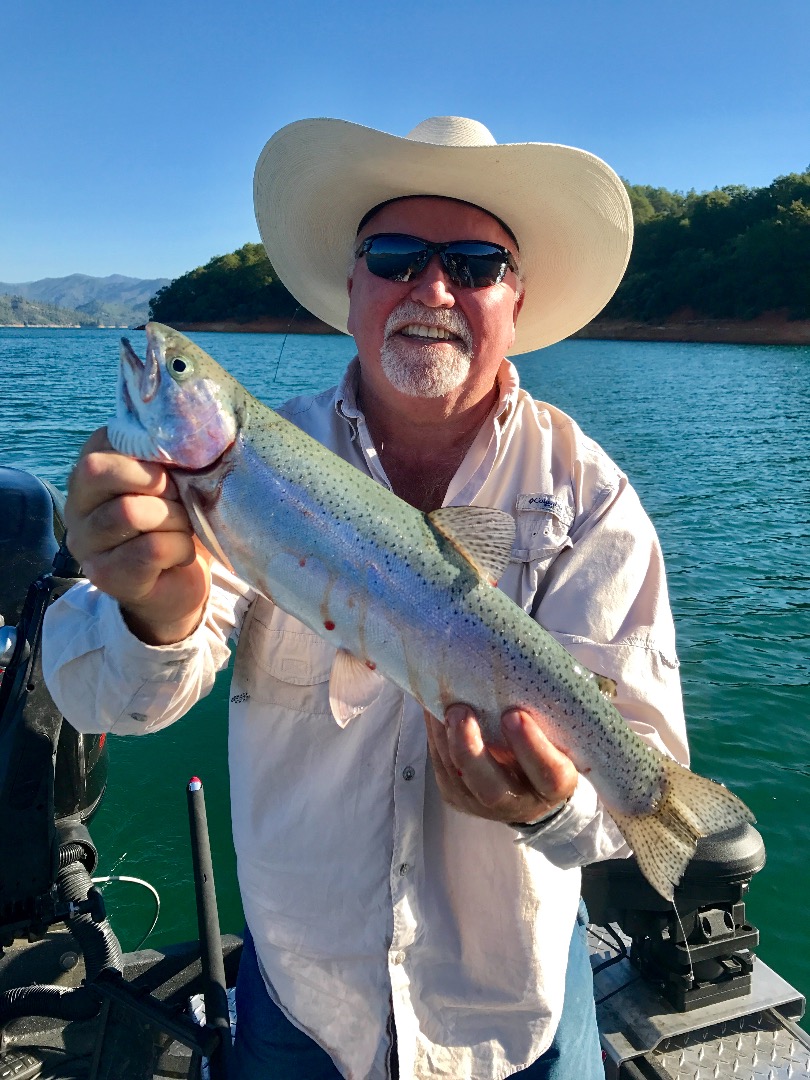