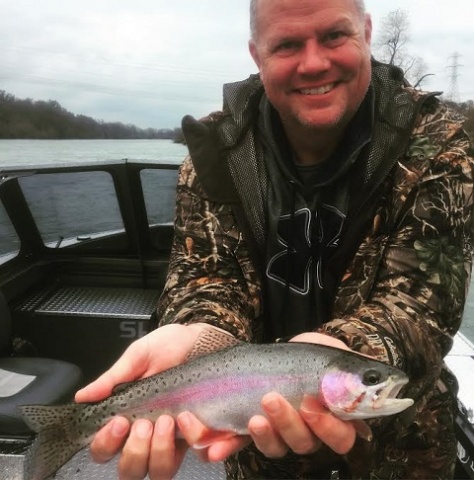 My Willie Boat is back from the Willie Boats factory in Medford with some new upgrades and I'm back to sampling the fishing on local waters. The Sacramento River in the Cottonwood area is seeing some improved numbers of late fall salmon and the Kings that are being caught are in great shape. Back trolling Flatfish plugs is the most productive method for catching these beasts this time of year, but a few have also been caught with bait in the Barge Hole recently.

The Sac is fishing good for steelhead trout and rainbows below Anderson, but with the absence of fall spawners, its not as good as we are used to this time of the year. I fished 8mm-10mm orange and yolk colored beads the other day and found success, but we had to work for them. You can't just go out and find spawning salmon to throw egg patterns behind right now in the usual spawning areas. Although it rained most of the trip and it was hard to see below the surface of the water, I only managed to find one spawner and she was obviously done doing her thing and was just waiting to die.

One bright spot on the Sac still remains the section located in Redding. Fly anglers are finding success with egg patterns and nymph patterns are still working as well. I hear the "birds nest" fly has been good for many. For the spin gear guys, the Dick Nite spoons are still a top choice. Drift fishing can be a challenge with all of the moss on the bottom of the river and I have found that using very little lead to get your baits down is the best way to avoid fouling your baits right now. In fact, drifting baits under a bobber like the fly anglers do is the best way to keep your baits fishing. I've been "bobber doggin" for the trout using beads and flies on and off this season and think its going to be a solid technique in the future in our area. The bottom of the river just keeps "growing" every year and the moss has become a real issue.

We are expecting a wet weather system this weekend and the Sacramento River above Bend Bridge is forecasted to reach flows of 12,000+ cfs by Sunday. This could be problematic for salmon fishing in the immediate future, but may help pull some fresh fish up river in the coming weeks. With salmon season closing on the Sacramento River on December 16th, it would be really nice to see a strong finish to the 2016 up here in the Anderson area. 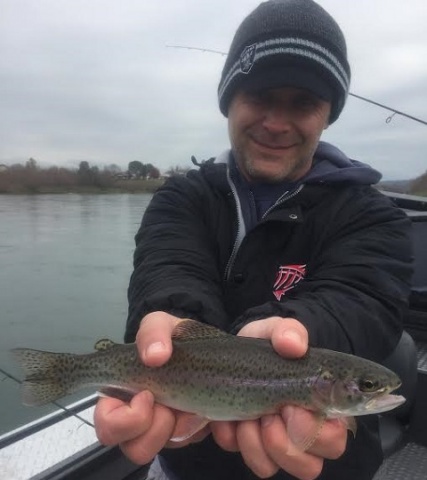 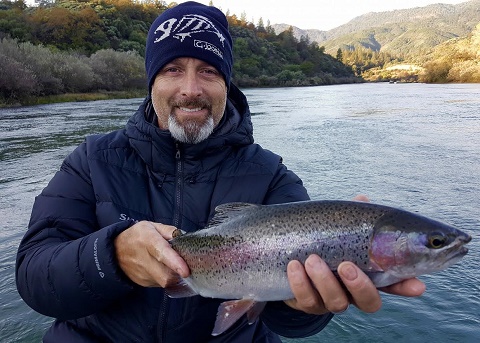 11-7-2016
Last week's storms brought some of our first significant rainfall totals to the foot hills and valley here in the...... Read More 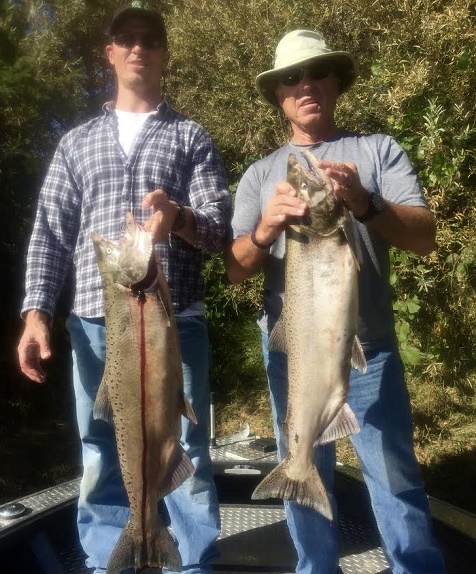