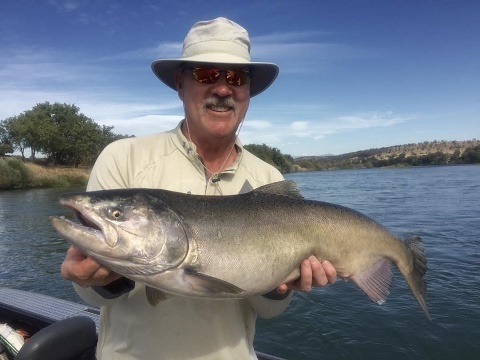 I've been on again, off again on our 2016 Sacramento River salmon season, but it appears as though the fish I've been waiting on since mid-August have finally arrived in descent numbers. Salmon fishing from Hamilton City to Anderson has been lack luster at best this year, but it would appear that we are beginning to see a good push of salmon into the upper reaches now.

After some really tough days of salmon fishing over on the Klamath River in mid-August, and only light success on the Sacramento River this season thus far, I finally had a day on the Sac that has given me some hope that fishing from here on into October should be fairly steady as far as the catch rates go. Yesterday’s group put in a full day, but they managed to land two steelhead, two salmon (14 lbs. & 17 lbs.), and had a few more Kings came unbuttoned after hooking them.

The beginning of the day was spent back trolling sardine wrapped K16 plugs in the flats above the Barge Hole, and eventually turned into a round robin with several other boats boondoggling roe above the main part of the Barge Hole. One salmon was hooked by another guide boat and a handful of salmon were hooked in the Barge Hole the first few hours of the morning, but overall it was pretty slow

In the absence of a good bite in the Barge Hole for me, I decided to work my way down river in an attempt to run into a few more salmon. My clients were having fun dragging roe so we stuck with the technique and eventually found our first King for the day. The first salmon put up a good fight, but my client did a great job of fighting this King and we were able to get it to the net after a short battle.

I continued to work the same drift and ultimately came up with two wild steelhead that had to be released, and several squaw fish as well. Although it was entertaining to hook smaller fish, not catching another salmon led me to seek some new water downstream. Several holes were fished and my clients loved the boat ride down through the canyon, but after dragging Big Rock, it was time to come back to the upper sections of water we had started at. It wasn't long and a few salmon were lost after a few head shakes giving us hope that we were on the salmon again.

As the day of fishing looked to be near the end, my client Bill Matsen set the hook on what turned out to be a 17 lb hen. She was full of energy and fought a mighty battle. After a few, or should I say several, good line burning runs, Bill had his King next to the boat where she was pulled into my net. Some high 5's were exchanged and the boat was buzzing with excitement. Unfortunately, it had already been a long day and it was time to head for the barn.

Overall, fishing was slow, but for me it was the kind of day that signaled what seems to finally be the beginning of the 2016 Sac River King salmon season. I haven't written very much about the salmon season until now because I didn't want to give false hope to the fishery. I believe its time to safely say that anyone who ventures out to salmon fish on the Sacramento River above Hamilton City has a reasonable chance at catching a King salmon now. I still have a few days available for a guided salmon trip if anyone is interested in fishing for Sacramento River King salmon in the Anderson, Ca. area. 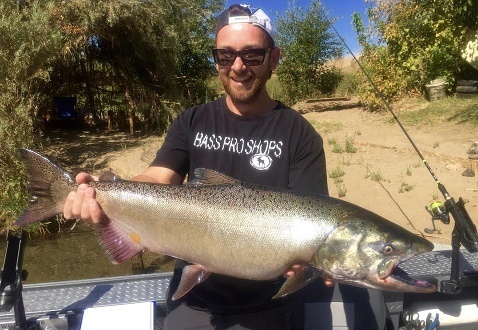 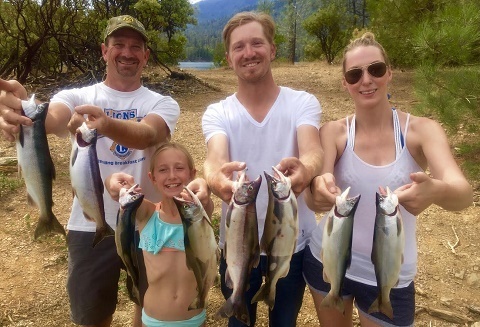 9-18-2016
Whiskeytown Lake in Redding, Ca. has undoubtedly been the premier Kokanee salmon fishing destination in California this year. It has...... Read More 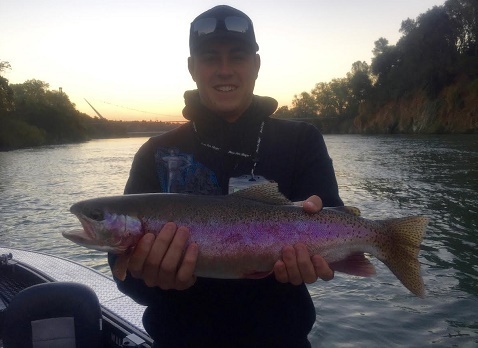