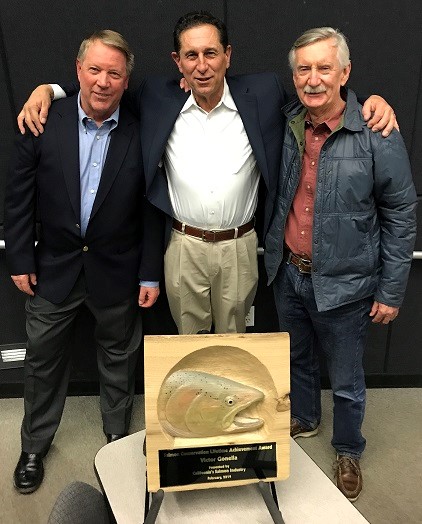 On February 16, friends, associates, fellow fishermen, and dignitaries gathered at the Bodega Bay Marine Lab to honor lifelong salmon fisherman and salmon advocate Victor Gonella with a Salmon Conservation Lifetime Achievement Award. Gonella also received recognition from the US House of Representatives and the California State Legislature for outstanding contributions to conservation of California king salmon.
The Lifetime Award was presented by the California salmon industry, with representatives of the charter boat fleet, and sport and commercial salmon fisheries in attendance. The Congressional Record was presented by Congressional representatives Jackie Speier, Jared Huffman and Mike Thompson. The state recognition was sponsored by Senator Mike Maguire.

Fishermen get briefed by CDFW on status of salmon

Attendees got a detailed accounting of salmon returns to the state's major rivers and streams at the recent CDFW annual salmon information meeting. They also heard the 2019 forecast of 379,000 adult Sacramento Valley salmon believed to be in the ocean now. This is considerably better than last year's preseason forecast and many are hoping that we'll all get more time on the water this year. The upbeat forecast comes as no surprise to those who saw all the young salmon in the ocean last season. The greater number of predicted salmon are the result of the high water runoff in the spring of 2017 when these salmon were babies and making their way from the Central Valley to the ocean. The better forecast is also tied to improvements in hatchery release practices of recent years that has greatly increased survival. Time and areas open on the ocean will be determined in the next several weeks. Most expect a return to a two fish limit when inland fisheries open this summer.

Bernhardt is elevated to Interior Secretary

Heads up, the guy who used to lobby for the Westlands Water District, the biggest water consumer of northern CA salmon water in the dry western San Joaquin Valley, is now the acting US Interior Secretary. His name is David Bernhardt and he's using federal agencies and resources to divert more water from the rivers of Northern CA and deliver it to his former clients. This is not good for salmon. In fact, it's really bad.
One of the things he's working on now is getting rid of the salmon protections in the Delta put in place in 2009. But for these, we would have had more non-fishing seasons like 2008 and 2009.
In January, Bernhardt's crew put out a new plan for operating the massive federal Delta pumps which basically says crank them as high as you want, salmon be damned.
He's also going full bore to raise the Shasta Dam so they can hold back another 400,000 acre feet of water needed by salmon (see story below).

Ask the federal Bureau of Reclamation and they'll tell you they're going to raise Shasta Dam another 18.5 feet and capture another 400,000 acre feet of water. That's water needed to periodically flush the Sacramento River to maintain salmon habitat. GGSA and others concerned about the health of Central Valley salmon stocks are already at work to keep this new water grab from happening. So far, the State of California is with us and has told all state agencies that raising the dam would violate state law and not to cooperate with this federal effort. Soon, work to raise the dam will trigger a point where fishing groups are likely to consider their legal options to stop this madness.
Meanwhile, over at the state water board, we lost a friend

Salmon advocates lost a key official when Gov. Newsom failed to reappoint Felicia Marcus to head the State Water Resources Control Board. Instead, he picked a woman from Visalia, Laurel Firestone, with a history of trying to secure clean drinking water supplies for poor communities in the San Joaquin Valley. These folks are stuck having to drink well water contaminated by the big ag operations all around them so Firestone has every reason to be aware of the damage big ag can do to water supplies. GGSA is reaching out to make her familiar with salmon. BTW, Governor Newsom dropped Marcus after receiving a letter from Senator Feinstein pushing a San Joaquin Valley farmer to replace her. At least the governor stopped short of doing that.

Saved by the bell, GGSA was ready to go to court

Think Cuban missile Crisis and the image is evoked of being one tiny mistake away from disaster. In January we came within a hair of seeing the new governor's office stumbling into blackmail from the federal water operators intent on cranking the Delta pumps higher than allowed under protections put in place after our first ever fishery closure in 2008. But for the intercession of GGSA and allied conservation groups, it might have happened. Cooler heads in the Newsom administration were alerted and interceded to stop it. Holdovers from the Brown administration were once again at the center of aiding and abetting the would-be federal water raiders.

Gov. Brown managed to saddle us and salmon with some big problems as his final act in office. He got his directors of Fish and Wildlife and the Dept. of Water Resources to write up some very flimsy agreements with the big ag water users in the Central Valley aimed at blocking any real rebalancing of water there. The new governor could go independent and throw them out but so far he's accepted the holdovers heading CDFW and DWR who negotiated on Brown's behalf and according to reports, he's told them to work with the Brown agreements to finalize a water deal. We suspect he's getting bad advice from some quarters and who can blame him for wanting to steer clear of water issues in the Central Valley. The agreements that were struck would end up taking more water from salmon than the status quo. Anyone surprised? That's why GGSA is working to daylight this mess and get it back on track.

The CA Fish and Game commission will take the next 10 months or so to consider Klamath and Trinity River spring run king salmon for protection under the CA ESA. This review is to see if the species really needs protecting. During that time, the species will be given the benefit of the doubt and protected. So far means, no fishing on the Klamath or Trinity for salmon until late in the season, long after the last springers have spawned and died. Fishing interests have asked the commission to reconsider this closure and consider allowing fishing for springers on the Trinity River above the confluence with the south fork. Spring run above this point are generally hatchery fish, not the wild stocks under review. CDFW has called for meetings over the next month to consider allowing some fishing while the review is taking place. 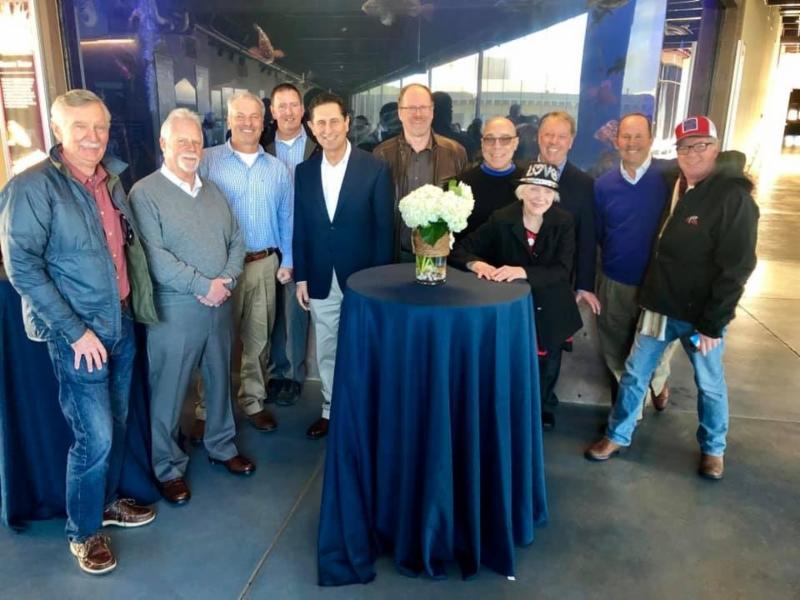 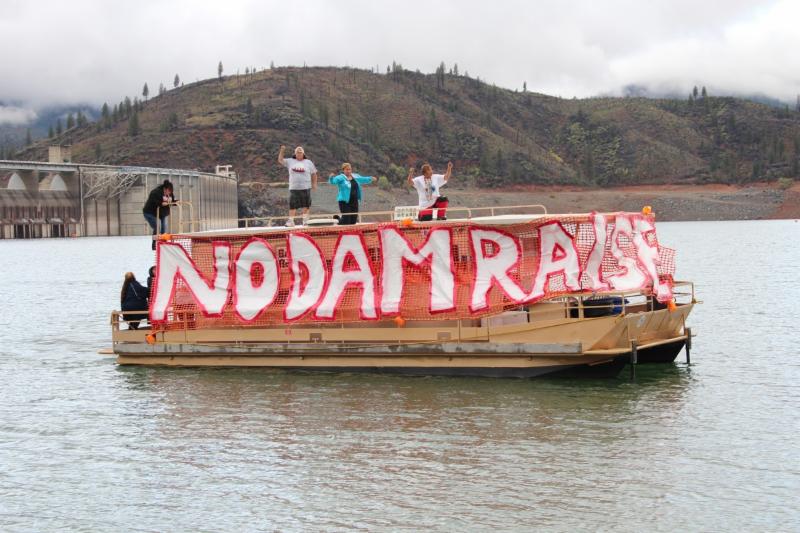 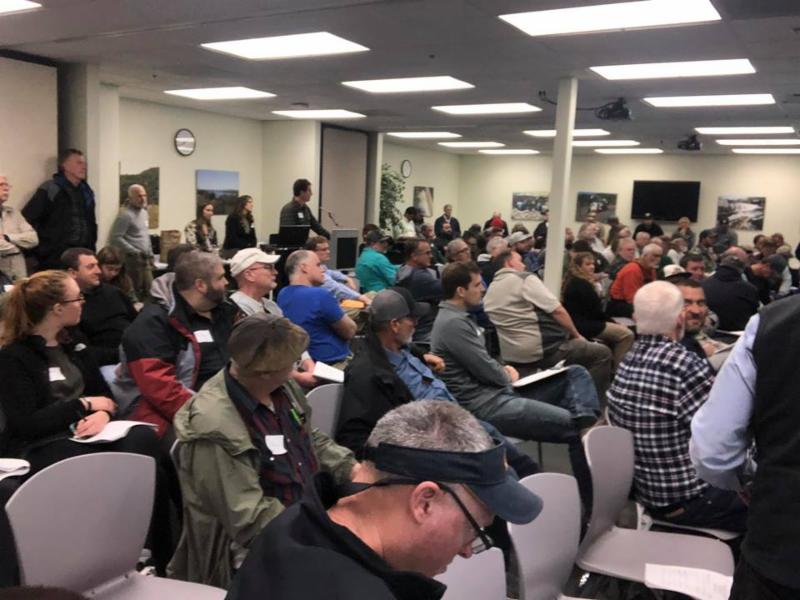 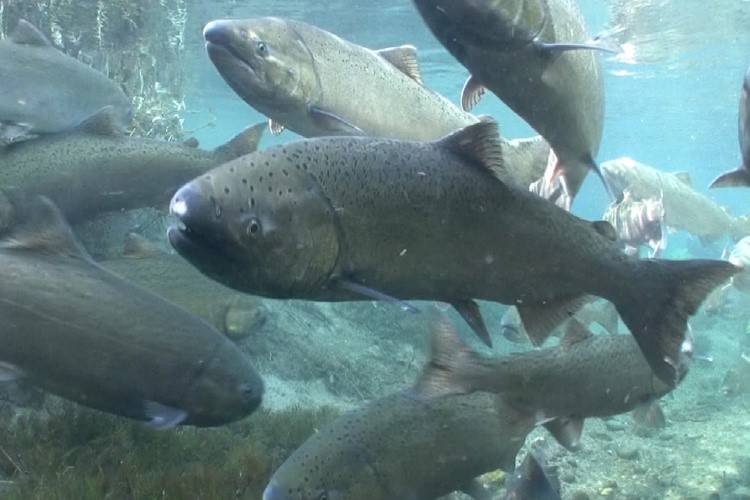 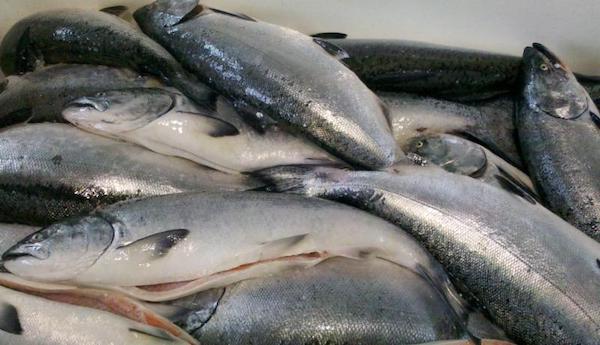